Why conspiracy theories let the system off the hook

This article is over 11 years, 0 months old
Conspiracy theories—the belief that secret networks of powerful individuals rule the world—have had a recent resurgence.
Downloading PDF. Please wait...
Tuesday 17 May 2011

Conspiracy theories—the belief that secret networks of powerful individuals rule the world—have had a recent resurgence.

Osama Bin Laden’s death has sparked the latest flurry—assisted by the changing versions of events put out by the US.

In one version of the argument, Bin Laden was killed many years ago and this information was only released recently. In another, he is not dead at all. Others argue that Bin Laden never existed, and that his videos are fakes, made by the CIA.

Conspiracy theories are rooted in a deep mistrust of the world ruling class, something that has increased over the course of the “war on terror” and the economic crisis.

An element of truth lies at the heart of most conspiracy theories—the ruling class do want to control society and act in secretive, undemocratic ways to do it.

But socialists argue that the problem doesn’t lie in a secret network of freemasons, the so-called Jewish lobby or an alien conspiracy. It is rooted in the way our society is structured to defend the interests of the elite who control the capitalist system.

And far from being an all-powerful clique, our rulers can be brought down through the collective uprising of the majority, as we are witnessing across the Middle East and North Africa.

Conspiracy theories may come from different positions, but they share the basic assumption—that shady networks of conspirators control the world.

Another recent example—the “birther” movement in the US—claims that US president Barack Obama was born in Kenya, and is therefore unlawfully in office.

One poll claimed that only 48 percent of US citizens believed Obama was born in the US. Figures like billionaire presidential hopeful Donald Trump led demands for Obama to release his full birth certificate.

The left is not immune to conspiracy theories either.

Some people argue that US foreign policy is controlled by an Israeli lobby, rather than the truth—that Israel is an unpredictable client state of the US.

Others who would call themselves socialists sympathise with 9/11 conspiracies. They believe that the 9/11 attack was organised by elements within the US state.

George Bush and his ilk can and have made up much easier excuses for war.

The internet has made the spread of such theories much easier. And the failure of the media to hold governments and business to account leads some to look to these theories for answers.

In reality, conspiracy theories let the system off the hook.

They can paralyse people who believe that these supposedly all-powerful networks cannot be brought down. And they get bogged down in minutiae.

So, for example, before the invasion of Iraq in 2003, representatives of the British government did hold secret meetings with major oil corporations to win their support for the war.

This conspiracy must be seen in context and as a part of the true scandal of the Iraq war. It was a war about increasing the dominance of the US ruling class against other ruling classes.

For some there will never be enough answers. So many now argue that the production of Obama’s birth certificate means nothing—after all, if Obama is so powerful he could surely fake a simple birth certificate?

This is why socialists do not turn to conspiracy theories for answers to world events, and why we argue that they provide no solution for how to fight back.

It is not a few individual personalities who control society for their own means.

It is the capitalist system that breeds war, oppression and brutality. It is a system that relies on ever increasing levels of exploitation in order to survive and grow.

Removing individuals at the top of society may seem like a solution, but replacements would appear—new bosses, new media moguls, new presidents and dictators.

That is why we argue that it is the system as a whole we need to challenge and smash. The working class can do that if it unites and fights together.

We don’t need conspiracy theories to tell us that. 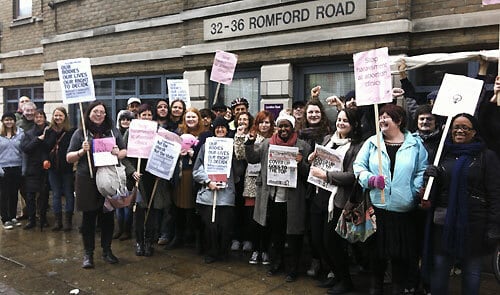