This article is over 10 years, 4 months old
Around 450 trade union activists came together on Saturday of last week to show their determination to keep up the pensions fight—and debate the way forward.
By Tom Walker
Downloading PDF. Please wait...
Tuesday 10 January 2012

Around 450 trade union activists came together on Saturday of last week to show their determination to keep up the pensions fight—and debate the way forward.

The conference in London, organised by the Left Unity grouping within the PCS union, was opened out to activists from other unions.

PCS general secretary Mark Serwotka addressed them, saying that after the power of 30 November the government was trying “to divide the trade union movement”.

And he said the “deep-seated fatalism” of many trade union leaders was playing into their hands.

“I can’t think of a more serious error, when you’ve just had the best strike we’ve seen in this country for years, than to scatter off and disperse into separate scheme talks,” he told the meeting.

“Every union leaflet I saw, every single member who went on strike in my view, went on strike against three central propositions: work longer, pay more and get less.” He added that union members still face all three attacks.

Serwotka said that when the TUC meets on Thursday of this week, it should reject the pensions “heads of agreement” and call a “call a further national coordinated strike as an absolute matter of urgency”.

“If we put all our eggs in the basket of clever negotiators, being told we’re all moderate and reasonable, and hoping for the best, it will lead to the dismantling of our pension schemes for generations to come,” he said.

“I would choose every time the ability of working people to stand together and take strike action.”

He said that “all our energy has to be put into not accepting that the game is up” by pushing inside every union to keep up the fight.

But he added, “If it is the case that there’s fewer unions left standing, that the next industrial action looks like being hundreds of thousands not millions, any union worth its salt will analyse the situation that leaves it in.”

He said it would be “an absolute mistake” to call a strike “irrespective of knowing where anybody else stands”. “It is not responsible,” he said.

NUT deputy general secretary Kevin Courtney also called for activists to “not give up”.

“Retreating on pensions is the best way of encouraging the government to come faster at us.”

Zita Holbourne, PCS executive member and co-founder of Black Activists Rising Against Cuts, said that unless workers fight back, “a whole generation of us may retire into dire poverty”.

Left wing Labour MP John McDonnell told the meeting that most of the union leaderships have been “grovellingly defeatist” for too long.

“We knew we would come to this stage and we’d have to overcome it,” he said.

“This isn’t now just a dispute about pensions. This is a fight to reclaim our unions from the bureaucrats—to replace the suits with socialists.

“We need to take this fight into the TUC itself.”

Mark Campbell, an executive member of the UCU lecturers’ union and left candidate for general secretary, also backed Serwotka’s call on the TUC.

However, he pointed out that the UCU struck over pensions in March last year, alone, before being joined by others in June and then November.

“When a union takes a lead and actually starts fighting, others will follow,” he said.

“Those unions that are saying ‘no’ need to get together and very quickly need to announce a further national strike day. I think it would have to happen before half term—around 11 February.

“On 1 April the government are going to increase our pension contributions. We need to start upping the ante now.”

Mark pointed out that the unions that have already rejected the deal (see right) have around a million members.

“Let’s not pretend somehow that a million workers coming out really isn’t all that good,” he added.

In the spirit of Twitter, he summed up his argument in under 140 characters:

“Damage limitation, my arse. Can we win? Yes we can. Time to name a date and escalate the action.” 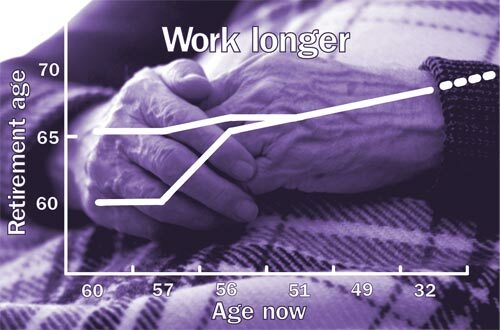 More strikes can beat the Tories