This article is over 10 years, 5 months old
The stunning Arab Revolutions exhibition shows the ordinary people who have risen up across the region this year.
By Seb Cooke
Downloading PDF. Please wait...
Tuesday 16 August 2011

The stunning Arab Revolutions exhibition shows the ordinary people who have risen up across the region this year.

They are captured in a period of turmoil and revolution, taking centre stage.

Photographers Laura El Tantawy, Dominic Nahr and Andrea Bruce focus on those in Egypt who risked their lives in the uprising.

The photos are shot mainly at night, showing the “festival of the dark” that was seen in the occupations of Tahrir Square and the fall of dictator Hosni Mubarak.

Two other photographers who capture this incredibly well are Yuri Kozyrev and Lynsey Addario.

Their work depicts the mass gatherings of people that became a feature of the movement.

In one of her shots, Addario shows such a crowd in Bahrain.

A huge street gathering sprawls wider than the width of her camera lens, with a young man playfully hurled into the air by people below him as the crowd cheer and look on.

In another by Kozyrev there is a similar centrepiece—a group of people hoisting up a picture of someone as if it’s a flag.

The street, packed with celebrating protesters, is a hive of revolt. Away from the centre of the frame we see a young man blowing fire with an aerosol can, just for fun.

Shot under streetlight, you are invited to speculate about the characters.

They appear to be best of friends, but probably didn’t even know each other when their days began. It could almost have been designed by a choreographer for a film.

Instead it is a real life image of human beings liberating themselves from the drudgery of their day-to-day existence and smashing the alienation that goes with it.

These photographs are powerful statements on self-emancipation. They are the visual embodiment of Karl Marx’s description of revolution as a “festival of the oppressed”.

Also on show is the brutality of the state. This can most clearly be seen in a collection of around 200 smaller images taken on mobile phones and digital cameras.

As well as pictures of demonstrations there are also many of dead bodies, missing loved ones, skulls blown apart and people left devastated by the brutality of the regimes.

These are a reminder of the violence that is a feature of the uprisings.

This is also the case in the section on Libya, with many images of “rebel v state” conflict.

It would be easy for any exhibition on the Arab revolutions to focus on the violence. There is a pressure on all photographers to shoot what is considered “commercially desirable”.

This means there is an abundance of images out there of men with guns, warfare and bloodshed.

It can lead to a distorted photography that simply reduces these historic events to a narrative of violent internal affairs. This is also true of the recent riots in Britain.

But this gallery should be congratulated for not capitulating to such pressures.

It has dedicated the majority of its space to those whose lives and consciousness have been indescribably changed by the mass movement.

In this sense it is ground-breaking. It is photography like this that will help us understand the future phases of the Arab revolutions. 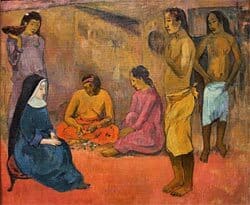