Disillusion with Francois Hollande pushes up fascist vote in France

This is a massive increase from the Nazis’ previous best year in 1995.

Supporters of the new Nazi mayor of Frejus in southern France went to the town hall to celebrate last Sunday night. They were quickly surrounded by furious crowds.

Hundreds chanted “Fuck the FN” as the Nazis nervously clutched their champagne glasses and sang the national anthem.

The next day in Paris prime minister Jean-Marc Ayrault was sacked after a humiliating showing for the ruling Labour-type Socialist Party (PS).

The PS lost more than 150 towns mostly to the Tory UMP.

Interior minister Manuel Valls has replaced Ayrault as prime minister. Valls has had tens of thousands of Roma people deported.

College students walked out calling for him to resign last year. They plan another walkout next week.

Support for PS president Francois Hollande has plummeted as he broke campaign promises and made pacts with the bosses.

An historic 38 percent of voters abstaining from the elections gave the fascists an opportunity. The FN won 1,200 local councillors, again beating its 1995 record.

Sylvestre Jaffard, an activist in the New Anticapitalist Party (NPA), told Socialist Worker that a far right offensive has boosted the fascists.

“The government has legitimised racism and there have been mass demonstrations against gay marriage,” he said.

“And the media has given the FN legitimacy.

“Disillusionment in the PS is leading to abstention and strengthening the right. But it may not be an easy ride for the Nazis everywhere.”

College students walked out in Saint-Brieuc, where the FN reached the second round. There were other small protests in Marseille, Villeneuve Saint-Georges and Henin-Beaumont, the former mining town where the FN won in the first round.

These actions are small, but they show how anger against the fascists can be mobilised.

A real alternative to the rotten PS and UMP politicians would undermine the FN. But unions have been reluctant to call strikes against Hollande. And the Communist Party stood in his support in the recent elections, splitting the left wing Front de Gauche.

The NPA and the Left Party of Jean-Luc Melenchon have called for protests against austerity on Saturday of next week.

“The left vote has broadly held up,” said Sylvestre. “There were important victories such as in Grenoble, where an alliance of Greens and the Front de Gauche won.

“We hope the 12 April demonstration can be a stepping stone towards a left fightback.” 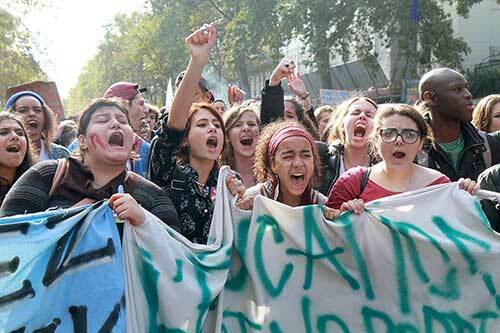 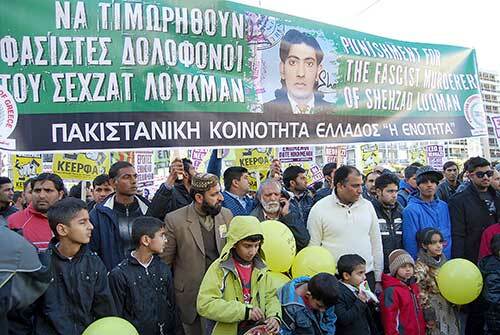