Protests in France after Hollande’s lurch to the right

The left was preparing to protest against austerity in Paris on Saturday of this week in the wake of gains for the right in local elections.

The Tory UMP opposition was the big winner in this month’s polls. Alarmingly the fascist Front National (FN) and its allies took control of an unprecedented 14 towns.

Nazi leader Marine Le Pen wasted no time in whipping up Islamophobia, announcing that FN-run towns would overturn a non-existent ban on pork in schools.

The FN last enjoyed local election success in the 1990s. Then one FN mayor brought in racist grants for new parents who were of French or selected European nationalities.

Valls is a right winger associated with mass deportations of Roma people.

The move alienated many of Hollande’s allies. The Green Party withdrew its ministers from what had previously been a coalition government.

Almost one in three Socialist Party MPs signed a letter calling for the government to return to its anti-austerity campaign promises.

Hollande has instead agreed pacts with the bosses to make cuts and attack benefits.

But it announced its MPs would not back Valls in a vote of confidence on Tuesday of this week.

But the right wing media have celebrated Valls’ appointment. And so far the opinion polls back them up.

Hollande’s government plummeted in popularity in the two years before the elections.

Unions and much of the left were slow to respond. And the right took the initiative on the streets.

The New Anticapitalist Party and the Front de Gauche called Saturday’s protest. They hope it can attract the support of groups that previously backed Hollande.

There were some positive signs last week. Hundreds of college students walked out and protested against the deportation of classmates.

The walkouts hit Chalon-sur-Saône on Tuesday of last week, Marseille on Wednesday and Saint-Nazaire on Friday.

There were also dismal turnouts at a “Day of Rage” called by a homophobic organisation with prominent Nazis at its heart last Saturday. Anti-fascist protesters outnumbered several of its actions.

Other anti-fascist protests have targeted the new fascist mayors.There is much to be done.

But mobilising against the fascists and building an alternative to austerity can help stop France’s drift to the right. 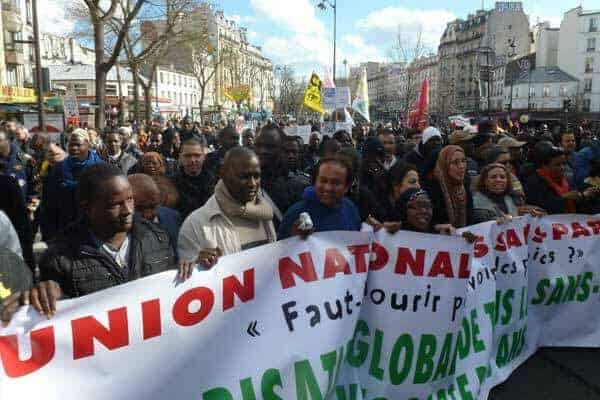 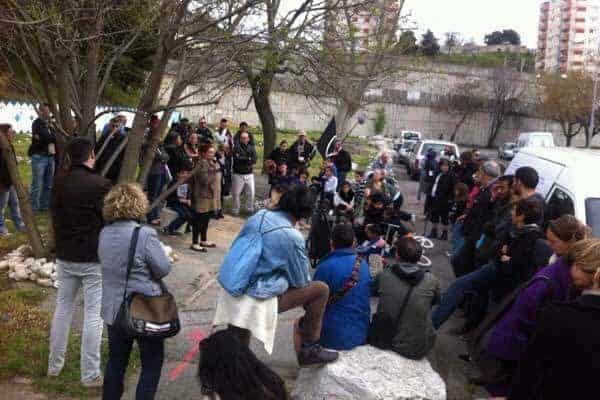 Disillusion with Francois Hollande pushes up fascist vote in France

Fight against fascist Front National begins with protests across France