This article is over 5 years, 7 months old
By Charlie Kimber
Downloading PDF. Please wait...
Tuesday 31 May 2016

The most high profile strike in the US for several years seemed to be over as Socialist Worker went to press. Union leaders have hailed major gains.

In a keynote battle, nearly 40,000 Verizon telecom workers have been on strike for over six weeks against outsourcing and attacks on pay and conditions.

There have been big pickets and bitter confrontations with scabs.

Every trade unionist and commentator is watching the outcome—and so are many bosses.

The US government’s department of labour has been mediating between bosses and the unions.

At the end of last week US labour secretary Thomas Perez announced there was “an agreement in principle on a four-year contract”.

He said the “parties are now working to reduce the agreement to writing”.

The Communication Workers Association (CWA) is the biggest union in Verizon.

It said, “After 45 days of the largest strike in recent history, striking CWA members have achieved our major goals of improving working families’ standard of living, creating good union jobs in our communities and achieving a first contract for wireless retail store workers.”

Workers had not been given details of the offer at the start of this week.

Press reports say the company had retreated on plans to relocate workers for up to two months away from their home areas.

But there are also reports that the company has won “hundreds of millions of dollars in health care cost savings”—which will hit workers hard.

Some strikers were angry that unions called for a return to work this week before workers had a chance to discuss the deal.

One CWA member told Socialist Worker, “It’s been a great strike, and we weren’t weakening.

“I don’t like going back before we agree the contract, and I’m worried that there are rumours of big hikes in our medical costs.

“I hope it’s a win because it will be a victory for every worker in the US, and can give many other people the feeling they can strike, win support, and get somewhere.” 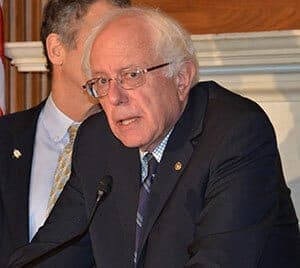 The two candidates who are expected to contest the US presidency in November have refused to debate with Bernie Sanders. The self-proclaimed socialist is running to be the Democratic candidate.

Establishment candidate Hillary Clinton is the favourite to be the Democratic Party nominee. She refused to debate with Sanders in the run-up to the California Democratic Party primary contest on 7 June.

Republican Donald Trump then pulled out of a scheduled debate with Sanders.

Sanders says he represents an alternative to the corporate-driven politics that Clinton and Trump represent.

Clinton remains tainted. An official report last week criticised her use of a private email server while she was secretary of state.

A poll on 18 May showed that 55 percent want an independent candidate to run against Clinton and Trump. That includes 91 percent of voters under 29. 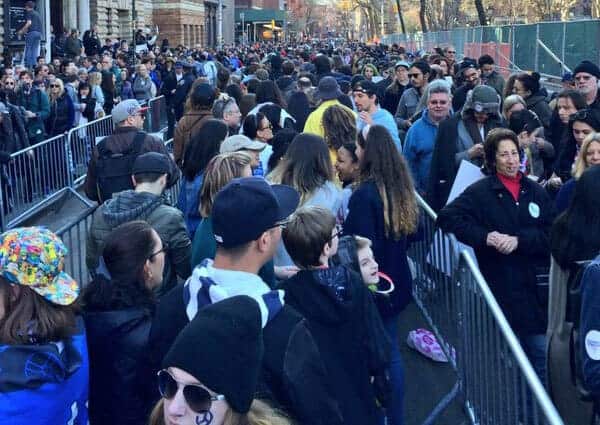 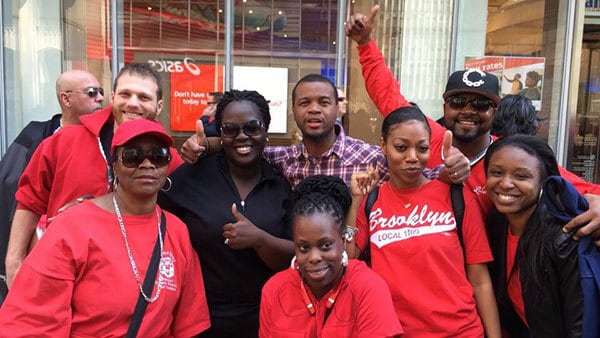 Verizon striker says, 'There’s 40,000 of us out to stop corporate greed wrecking our lives' 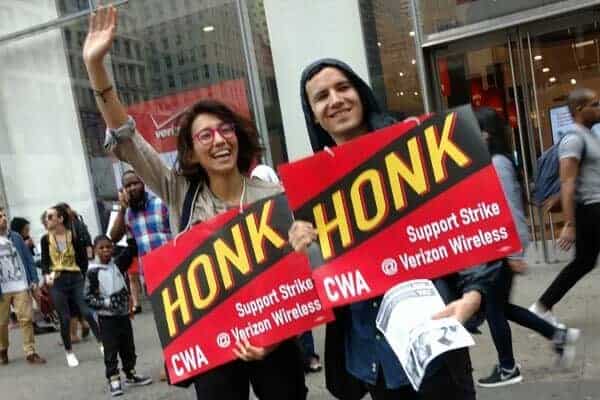 LETTERS: ‘One day longer, one day stronger’ at Verizon strike