Polish miners have won a major victory after only one day of strike action.

But in one pit a bitter fight continues.

Before Christmas miners in the Kompania Weglowa (Coal Company) struck for 24 hours over their 14 percent wage claim. The next day miners at another company, JSW, voted to strike.

The unions threatened to block all transport of coal out of JSW. They won just two days later.

Meanwhile the Kompania Weglowa unions issued an ultimatum to the employers – if their claim was not met by 7 January there would be an indefinite strike.

Again the employers caved in completely – just three days before the deadline.

The Kompania, JSW and other companies were formed as part of the move to privatisation.

One of the major reasons for the division of the mining sector into separate companies was to weaken the workers.

In 2005 they fought police outside parliament and successfully defended their right to early retirement.

The Kompania dispute has inspired others in the industry.

A strike is still continuing in the Budryk coal mine. The miners there are demanding parity with miners in JSW – the company they are about to join. Budryk is the only mine which until now has not been swallowed by one of the bigger companies.

Other workers too are getting ready to fight. The fall in unemployment and mass exodus of people looking for work abroad means that many groups of workers are gaining in confidence and militancy.

Before his election, prime minister Donald Tusk promised to pay teachers a good wage. Teachers are not convinced and have called a national demonstration on Friday of next week over pay.

Doctors are organising protests in hospitals and nurses have started to join in. The leader of the biggest nurses’ union has threatened to strike on 21 January.

And the biggest union federation in the country has warned the government it will call nationwide strike action soon if its demands over pay and changing the law on protests and strikes are not met.

Millions strike in France to defend their pensions 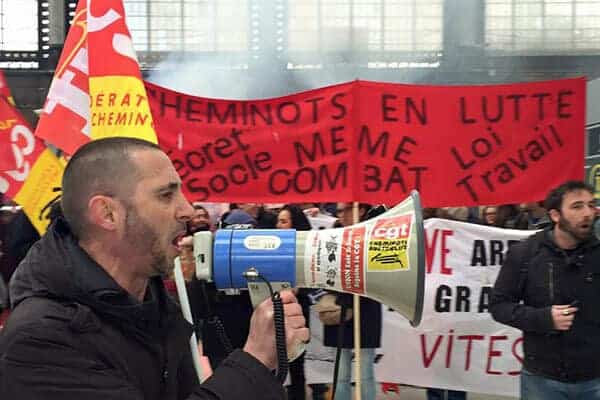 Revolt in France: ‘The strikes are growing’