Iñigo Makazaga, who was on hunger strike this week, is one of Britain’s forgotten political prisoners. A Basque activist, he has been locked up in Belmarsh prison for four years because the Spanish government has applied to extradite him. His lawyer, Gareth Peirce, says evidence against him has simply been fabricated — and warns that Iñigo could face torture if he is returned to Spain.

Iñigo is one of over 700 Basque political prisoners around the world who began a hunger strike last week in support of humanitarian and political demands covering their welfare and right to organise. On Monday his partner, Ainhoa Facal, said, “Today has been Inigo’s sixth day on hunger strike and the doctor at Belmarsh has not seen him yet.”

Belmarsh is Britain’s own Guantanamo, where detainees have been held without trial under New Labour’s terror laws. But despite the release of the detainees earlier this month, Iñigo remains in his cell.

The 26 year old was an activist in the Basque student movement and a member of Herri Batasuna, the Basque independence party that has been banned by the Spanish state. It is sympathetic to the aims of the armed group ETA. Iñigo is one of thousands of Basque political activists who, because of their political activity, have had to seek refuge abroad to escape repression by the Spanish state.

Gareth Peirce says she is amazed that Iñigo is still in prison, four years after he was first arrested for leaving Britain with a passport that was not his. Iñigo was charged and convicted for using a false passport.

The day he was arrested, headlines appeared in the Spanish press calling Iñigo “the first ETA prisoner in Britain” and labelling him a terrorist. This was months before he was told that he was accused of terrorism.

Gareth says, “He was alleged to be involved in extremely serious offences in Spain that he knew nothing about. We are shocked at the extent to which evidence has simply been fabricated.”

Iñigo has already won two of the three cases against him. In the first, it was suggested that he was involved in bombing a military barracks in Vittoria. The evidence was supposed to consist of a fingerprint on a piece of paper that the extradition request said was a map of the barracks.

The Spanish government eventually withdrew the charge the night before it was due to be heard.

In a second case, Iñigo was charged with the attempted murder of a policeman. It was claimed that he had put an explosive device under the policeman’s car.

“The court threw out the attempted murder charge,” Gareth says. “The researcher discovered was it was nothing like that at all.”

Iñigo still faces a third allegation relating to a Molotov cocktail. But Gareth Peirce says this allegation must not be linked with terrorism, “of which there’s no evidence”.

She adds, “It was a revelation to us that the [Spanish] government was willing to behave with such dishonesty and ask for extradition of this young man on the basis of evidence that simply did not exist.

“What again was a learning experience for us was when we began to look at what would happen to Iñigo — a very decent, very intelligent, very principled, very pleasant young man — if he were extradited to Spain.

“We have seen reports from the UN rapporteur of torture and realised there’s systematic use of torture and inhuman and degrading treatment of Basques. There’s a pattern here of fabrication of evidence that’s shocking. He would not receive a fair trial.”

Iñigo’s partner, Ainhoa, who works in a sandwich bar in London says, “Apart from his parents and sister I’ve been the only person visiting him during all these years. “I want to tell him how much I love him, or simply ‘goodnight’, and he is not there. On visits it’s difficult to talk about our feelings, fears or other intimate things, to kiss or caress him. In the high security unit we had an officer looking at us all the time through a window.”

From Belmarsh, Iñigo writes, “I have spent around 21 and a half hours a day, for three years, on my own inside my cell. I try to spend my time listening to the radio, trying to study or surfing the imagination and also doing what all the prisoners of this world have had to do — walk slowly around the tiny cell for hours.”

Ainhoa says, “Iñigo’s parents, his sister, his friends need Iñigo out, at home. In their name and in my own name I ask the home office and the judges to stop this extradition, give him bail, if not a definitive freedom in this country with refugee status. Give him, give us, the opportunity for starting a new life in this country — the life the Spanish government have stolen from us.”

History of the Basques

The Basques are a distinct community with a unique language in what is today northern Spain and south west France. Basque nationalism grew into a mass popular movement in the 20th century, particularly because of its role in the resistance to the Spanish dictator Franco.

But democratic governments have continued to repress the Basque national movement, banning Batasuna in 2002, although it received around 15 percent of the vote in the Basque country.

Bush’s Spanish ally Jose Maria Aznar was booted out of office in the Spanish elections after he tried to pin the blame for last year’s Madrid bombings on ETA.

Aznar’s Popular Party denounced any approach to the Basque problem based on the right to self-determination as treason and “terrorism”. 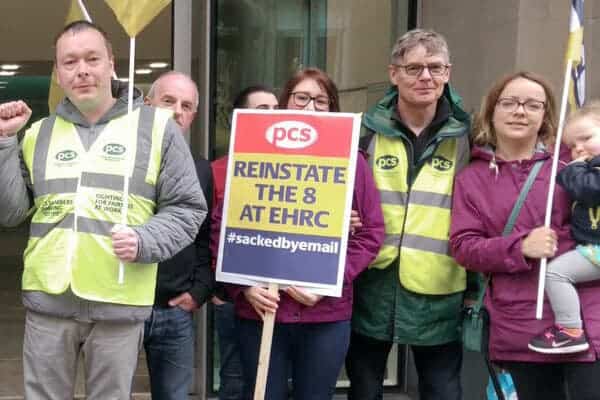