Bromley council workers plan to launch a wave of strikes against privatisation this week.

The south London council is run by the Tories. They are preparing to privatise adult services and libraries over the next two months.

But workers in the Unite union are gearing up to fight back.

Adult services staff were set to walk out for two days on Thursday of this week.

Library workers were planning to begin a five-day strike from Tuesday of next week.

The Tories’ privatisation programme has already seen the local parks’ service hived off to private firm the Landscape Group.

They immediately announced redundancies—and got public money to fund axing the jobs.

The council is also planning to hand over the learning disability service based at the Astley day care centre to private company Certitude on 1 October.

Council workers held stalls on Bromley High Street last Saturday to ask residents to sign up for the call for a referendum.

Unite is demanding the referendum so that residents, service users, carers and families have a say when it comes to the future of the service.

The attacks on local services has coincided with attacks on trade unionists that represent council workers in the borough.

Branch officials have had their facility time cut at the council and Unite rep Alan Brown has been suspended.

Alan had a preliminary hearing on Monday of this week where around 20 supporters gathered outside on a solidarity demonstration.

Some 100 refuse collectors working for Veolia in Bromley have also voted 85 percent in favour of striking on Thursday and Friday of next week over pay.

Time to vote for Sharon Graham 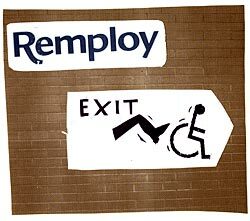