This article is over 16 years, 0 months old
Condemnation of Islam’s "treatment of women" has been widespread in the press and among politicians as part of Tony Blair and George Bush’s "war on terror".
By Paula Champion and Maham Hashmi
Downloading PDF. Please wait...
Saturday 17 June 2006

Condemnation of Islam’s “treatment of women” has been widespread in the press and among politicians as part of Tony Blair and George Bush’s “war on terror”.

So you might have expected much media attention on a meeting held last Sunday by Sheikh Hamza Yusuf from the US on the subject of feminism and Islam. But the press were absent.

Over 700 men and women, most of them Muslims, attended the talk.

Sheikh Hamza argued theologically why there is no place in the Quran for discrimination against women and why, within personal relationships and communities, oppression of this kind should be challenged.

Our petitioning outside against the attacks on civil liberties and for withdrawal of troops from Iraq was welcomed, and tickets bought for us by people in the queue to go and listen to the talk.

People thanked Respect for leafleting the meeting and for its work around the Forest Gate shooting.

Outside Socialist Worker events, it is a long time since we have attended such a serious and large meeting on women’s equality.

It does not surprise us that the media ignored this event yet love to cover small unrepresentative demonstrations – that’s Islamophobia for you. 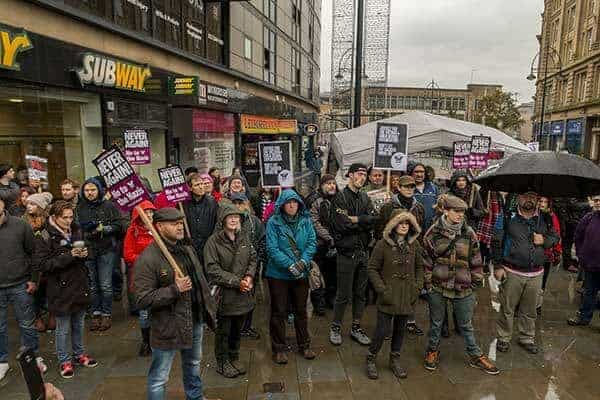