This article is over 3 years, 9 months old
By Nick Clark at the Labour Party conference in Liverpool
Downloading PDF. Please wait...
Wednesday 26 September 2018

His speech to Labour Party conference in Liverpool railed against the bailouts during the financial crash of 2008—and the decade of austerity that followed.

Corbyn attacked the politicians and “corporate establishment” who “strained every sinew to bail out and prop up the system that led to the crash in the first place.”

“The price of that has not just been stagnation,” he said. “It’s also fuelled the growth of racism and xenophobia and has led to a crisis in democracy both at home and abroad.”

Instead of austerity and racism he promised his government would spend money on jobs and services. “Unless we offer radical solutions, others will fill the gap with the politics of blame and division,” he said.

Parts of his speech recalled the radical message that saw Labour’s support soar in the general election last year and plunge the Tories into crisis.

Corbyn said his plans were to end the austerity that had left “councils teetering on the precipice.” And he said that Labour would stop the “failure of privatisation and outsourcing” which had become a “national disaster zone”.

He attacked the Tories’ tax cuts for the rich as “handouts to the few, paid for by the many.” “We can no longer tolerate a set-up where the real economy is just a sort of sideshow for the City of London,” he said.

But his speech was partly a pitch for tolerance from big business. The theme of his speech—rebuilding Britain” was often about what works for “the country”—a supposed shared interest between ordinary people and big businesses.

So his criticism of the Tories’ handling of Brexit was that “companies are losing patience in the absence of any clarity from government”.

He said John McDonnell’s plan for workers to sit on company boards is “nothing for businesses to be afraid of”. “They should welcome the expertise and understanding that workers will bring to the company board,” he said.

And he promised “businesses large and small—Labour will also deliver what you need to succeed and to expand and modernise our economy.”

Corbyn’s plans to end outsourcing and tax cuts is bound to provoke outrage from the bankers and bosses who’ve demanded austerity. 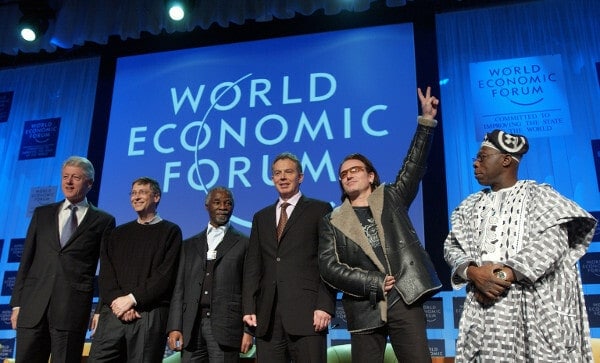 The biggest danger to a Corbyn government is those who can threaten it with economic sabotage if it deems it a threat. In Greece capitalists reacted to the election of the radical left wing Syriza government in 2015 by refusing to fund the banks, forcing them to close.

Labour members had different answers to how a Corbyn government could deal with that.

“We have to be careful,” one told Socialist Worker. Referring to previous Labour prime minister Gordon’s browns bailout of the banks, he said “The Labour government in 2008 was right to do that.

“But the political decision of austerity since 2010 was a mistake.”

One member worried that “People’s experiences of politicians is that often they say what people want to hear to get votes. I support Jeremy Corbyn—let’s hope he can do a good job.”

But another was more hopeful that “when the economic changes happen, people might see how much better services are and how much more value for money it would be”.

“And the attacks might not have so much effect.”

Radically changing the economy means having to challenge the bankers and their system. Trying to rescue that system can mean bending to the demands of those who run it.

When journalists asked Corbyn’s spokesperson last night what Corbyn’s alternative to bailing out the banks might be, he couldn’t give a clear answer.

Winning the radically transformed economy that Corbyn promises can’t be done by seeking the permission of the bosses and the bankers. It means building a mass movement of resistance to challenge them.

One told Socialist Worker, “The speech was wonderful. It was empowering. He seems to care about all the country.”

Another said, “I liked that he was talking about the environment and reindustrialising the economy.”

One member highlighted his attacks on the Tory benefits system. Corbyn had said, “For too many people social security has become a system of institutionalised bullying and degradation.”

“He spoke about the Tories’ ‘hostile environment’ for disabled people,” she told Socialist Worker. “With Corbyn’s government disabled people are going to be supported.”

“He wants to help to end the war in Syria and address inequality all over the world,” one member told Socialist Worker. Another mentioned “The fact he’s going to recognise the state of Palestine.” 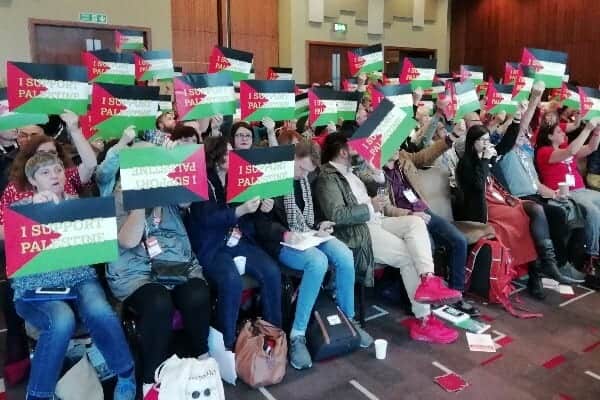 Labour divided over justice for Palestine 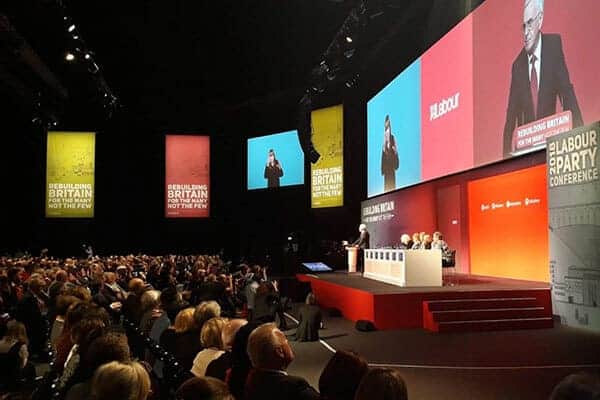 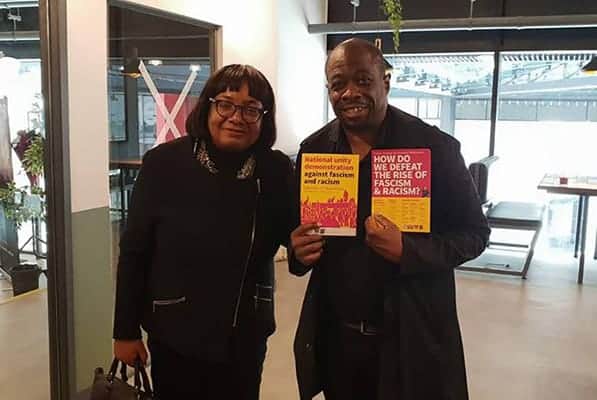 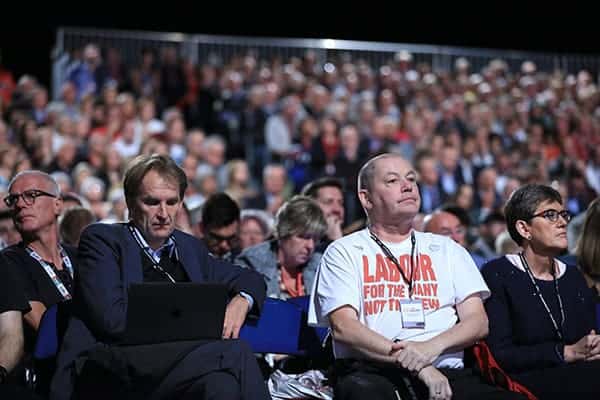 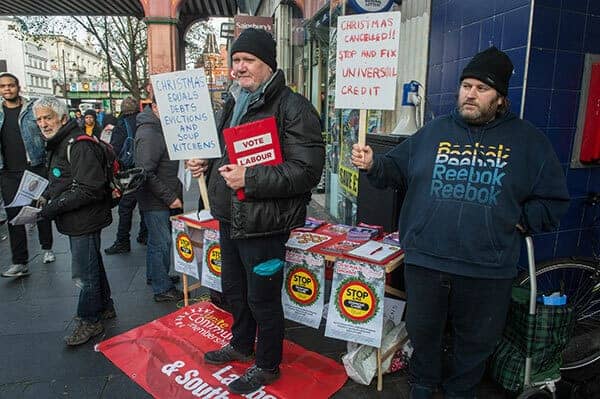