Six jurors at the Jimmy Mubenga manslaughter trial sat handcuffed last week in a mock-up of the aeroplane seats where he died.

Three former G4S security guards are on trial at the Old Bailey in London for manslaughter.

The Angolan refugee died after being restrained during a forced deportation on a commercial BA flight at Heathrow airport in 2010.

The three former G4S guards who restrained him deny manslaughter.

The jurors were handcuffed in turn and pushed forward as they sat in the way he was restrained.

The public gallery was cleared for the demonstration and only two journalists were allowed to remain.

One journalist reported that one of the jurors was rubbing his wrist in apparent discomfort after the demonstration. 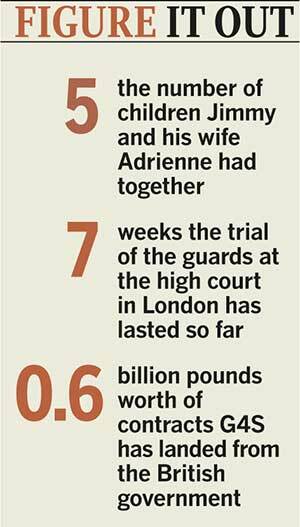