The Scottish National Party (SNP) government in Scotland has agreed what is in effect a £7 million no-strike deal with the Prison Officers Association (POA).

POA Scotland chair Phil Fairlie says claims of a no-strike deal are “wide of the mark”. Yet it was “crystal clear” to POA members that should they accept the bonus “we would not be balloting for strike action on this issue through the existing pay deal period”.

Unlike England and Wales prison officers in Scotland have a legal right to strike.

Trade unionists have reacted angrily to the deal. STUC general secretary Grahame Smith described it as “totally unacceptable” for the SNP or any employer to “bribe” workers to give up the right to strike.

It is hypocrisy for the SNP to criticise the Tories’ attack on trade unionists’ right to strike while making this deal.

The Labour Party criticised the POA deal. But Smith pointed out they “should also be prepared to commit to repeal in full the legislation that removes the right of prison officers elsewhere in the UK to strike”.

Fightback is launched from Scotland to Kirklees 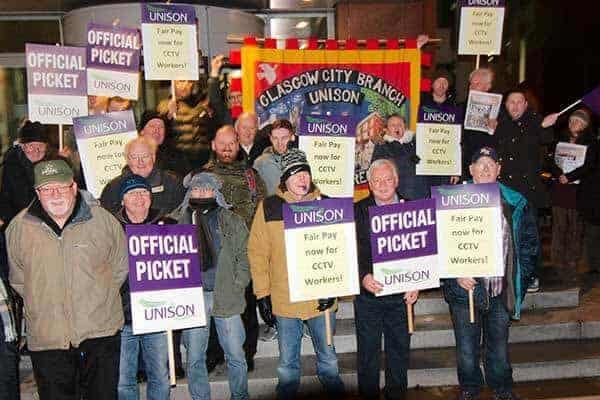 CCTV strikers in Glasgow keep an eye on the bosses