Bosses at Scotland’s biggest oil refinery have locked out hundreds of workers in an attempt to break their union rights and living conditions.

They are also demanding an end to final salary pensions—as well as a promise not to strike again this winter.

Bosses shut the refinery yesterday, Wednesday. They wrote to workers today, Thursday, telling them to sign up to a “survival plan” – a massive cut in living standards.

The letter said, “We expect to seek individual employee agreement to the final changes, and, where agreement is not forthcoming, to implement the changes in due course by issuing notices of termination and offering new contracts of employment to those employees which incorporate the new terms.”

Workers have been told to accept the new terms and conditions by 6pm on Monday.

They are trying to hold workers to ransom by threatening to close the plant by 2017 if they don’t get their way.

A dispute that started over the victimisation of Unite union rep Stevie Deans by Grangemouth refinery owners Ineos has escalated dramatically.

Ineos walked out of talks with Unite at the conciliation service Acas on Tuesday of this week. Unite then called off a planned 48-hour strike—and Ineos went on the offensive.

The shutdown could cut off fuel supplies to Scotland and much of England,. It could force many North Sea platforms to stop processing oil as they have nowhere to send it.

Ineos hopes to use the lockout and threat of closure to blackmail workers into accepting attacks and put an end to trade union negotiation.

But Ineos has invested so much in Grangemouth that it is hard for bosses to simply walk away.

Ineos claims it is in financial crisis. Yet Unite points to accounts showing the firm expects to make £500 million profit in coming years.

And the workers’ pension fund that is supposedly too great a burden actually gained £7.2 million last year.

Workers at Grangemouth are powerful. They beat an attack on their pensions with a 48-hour strike in 2008. Tanker drivers there won another victory earlier this year.

Ineos scented blood when Unite called off its strike. But it is not too late to fight.

The union is rightly calling on its members to reject the company’s “economic vandalism”. There needs to be a serious escalation in the level of resitance to the attack. Protests, walkouts and occupations can force Ineos to back down.

There can be few people more hated than energy bosses this week, following eye-watering price hikes from both SSE and British Gas. Ineos has moved its headquarters to Switzerland to avoid paying tax in Britain.

This is a battle for the whole trade union movement. 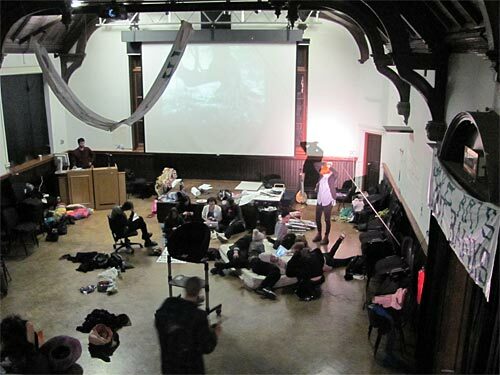 Students continue protest over the holidays