This article is over 9 years, 0 months old
The Tories are refusing to release the documents relating to the "Shrewsbury 24" building workers for at least 10 years.
Downloading PDF. Please wait...
Tuesday 22 January 2013

The Tories are refusing to release the documents relating to the “Shrewsbury 24” building workers for at least 10 years.

They are withholding the documents on the grounds of national security.

Five months after the 1972 national builders’ strike ended 24 people were arrested and charged with offences—including conspiracy to intimidate and affray.

They were convicted at Shrewsbury crown court in 1973 and six were jailed. Ricky Tomlinson got two years and Des Warren three years.

Ricky Tomlinson said, “We were building workers trying to get decent wages and working conditions. What’s that got to do with ‘national security’?

“We were convicted for conspiracy in 1972. We knew we were innocent.

“And now the government continues to throw a security blanket over what really happened and the role of the security forces. We believe the prosecutions were directed by the government.”

Last year a letter obtained under the Freedom of Information Act revealed there was discussion at the highest level of the Heath government over the decision to prosecute the men.

State responds with fear ahead of G20 summit 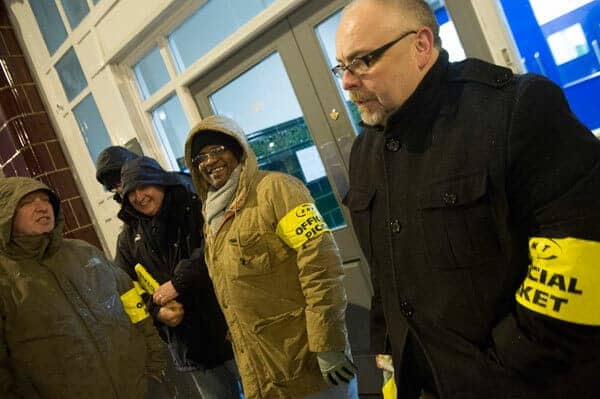