Hundreds of Unison union delegates voted to restart their pay campaign on Tuesday, overturning the position of the union’s leadership.

Delegates at the special one-day conference—which was forced by the membership—voted by two to one to restart the fight for a decent pay rise for 2015-2016.

Around 750 branch delegates in the hall in , central , witnessed the union leadership being heavily criticised for its role in suspending strikes over pay in and last October.

Despite Tory claims that workers are better off, anger at poverty wages has made local government workers determined to fight.

Delegates attacked the ending of the pay campaign on the basis of a proposal—not even a concrete offer—cobbled together between union leaders and Labour Party council leaders. They also argued that the consultation that followed was rushed and inadequate.

The rotten two-year deal that emerged was little better than the 1 percent pay offer that members had overwhelmingly rejected. Workers were furious that it left many worse off. Where branches fought for rejection of the deal they won the argument.

This is where the groundswell came from that forced the special conference, only the second in Unison’s history. 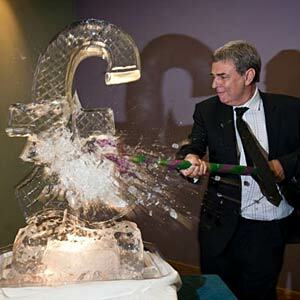 A leadership motion that whitewashed its mishandling of the dispute only passed after it was amended. The revision aimed to ensure future pay deals are subject to widespread consultation with union members.

It was a bad start to the day for the leadership and signalled the deep anger among rank and file members against the sellout on local government pay.

The first speaker from the floor was Jo Cardwell from Islington in and was one the best received of the whole day. To huge applause she said, “Those MPs over the road are supposed to be worth an 11 percent pay rise. It makes me angry to have to tell members in my branch the employers think they are only worth 1 percent.”

The argument that members didn’t want to fight didn’t wash with delegates. The debate became about what kind of leadership we need.

The mood of opposition was clear early in the day and gave many the confidence to keep pushing the argument to restart the fight. This was despite every trick in the book being used to try and time out the most important debate—to reopen the pay campaign.

Almost every motion opposed by the top table was passed.

Those supporting the leadership appeared desperate at times, with one speaker even arguing the union would lose members if it submitted a pay claim this year. This argument is, frankly, ridiculous.

In moving the motion to reopen pay talks, delegate Evelyn Doyle argued that opposition to doing so was “spurious, negative and defeatist”.

Paula Barker, also from , backed the argument and insisted it “makes no sense” to wait another year to fight over pay.

George Binette from Camden in London said members should “show we’re not passive supporters of Labour and we want to stand up to austerity”.

The union leaders’ strategy to give a Labour government, if elected, a year’s grace against any new local government pay claims was roundly rejected by conference delegates today.

After years of Tory austerity, and Labour’s failure to offer any real alternative, workers have shown time and again they are willing to struggle for decent pay and conditions.

But as Portsmouth delegate Jon Woods argued we are looking for more from union leaders than doing a “Grand Old Duke of York”. Instead, he said, “We want the leadership to march us up the top of the hill, stay there, dig in and fight.”

Unison activists should now organise branch and section meetings to report back from the conference to argue to restart the campaign for a decent pay rise.

We should also be campaigning for the Reclaim the Union candidates in the NEC elections that start on 7 April.

Throw out freeze in university pay