Just possibly readers of Socialist Review may not be acquainted with the Kardashians and so may also be unaware that one of the show’s participants, 1976 Olympic gold decathlete Bruce Jenner, now Caitlyn, has recently come out as transgender.

Millions have watched interviews and read articles about her transition and social media has been buzzing. Much reaction has been supportive, but some has been hostile.

Some trans activists have been picky because Jenner is rich and famous and consequently “is not like us” and does not have to face the same grinding, depression-inducing struggle against transphobia that most trans people do. There are, without doubt, issues of class here, but the positive aspects of her coming out far outweigh such misgivings.

A different and more fundamental criticism has come from some radical feminists; namely that as a transwoman she is “not really a woman” because she has not been socialised and oppressed as a woman from birth.

Such criticisms have been common currency from some radical feminists for decades, despite the elevated rates of suicide, depression, substance abuse and self-harm associated with being transgender and which continue to mark transgender people as a very significantly oppressed group.

In the 1970s some feminists, influenced by identity politics and political lesbianism in their retreat from class struggle politics, banned transwomen from women’s groups.

More recently the RadFem conference has excluded transwomen, leading to bitter exchanges between trans groups and some feminists.

And just a couple of years ago Julie Burchill used her Observer column to attack trans people, provoking widespread criticism, which led to her departure from the newspaper.

This time round it was a New York Times article by the feminist Elinor Burkitt which, in discussing Caitlyn Jenner, criticised “a growing number of trans individuals” for “their disregard for the fact that being a woman means having accrued certain experiences, endured certain indignities and relished certain courtesies in a culture that reacted to you as one”.

The debate has been robust. Hadley Freeman’s response in her Guardian column was pertinent: “[Burkitt’s] claim that ‘the insult and outright fear that trans men and women live with is all too familiar to [women]’ is simply laughable…at no point did western women endure the kind of marginalisation and risk of violence and suicide still suffered by so many trans people today.”

As Marxists our response to debates over identity is informed by understanding the material roots of oppression in capitalist societies and how we resist and collectively overcome it.

Lenin tackled such questions in the early 20th century fighting to build the Bolshevik Party in the face of widespread nationalism, sexism and anti-Semitism in Russia. While the successful 1917 Russian Revolution made homosexuality legal, Putin’s Russia has regressed on many issues, including state-sponsored homophobia.

While oppression will vary historically and from one society to another, the crucial questions to ask are who materially benefits from encouraging oppression, and how do we best challenge it?

It is undoubtedly the case that Jenner has certain class advantages denied most trans people, such as the means to access the best medical services.

But that does not justify any other oppressed person withholding solidarity from her or not defending her from transphobic attacks including from some radical feminists.

Lenin was quite clear that socialists must be “tribunes of the oppressed”, which means supporting all oppressed people of whatever class against bigots, racists, sexists and so on.

Revolutions, he said, are festivals of the oppressed: oppressed groups can shatter the fetters that have trapped them. This applies as much now as it did 100 years ago.

That means we must not look the other way if, for example, Barack Obama is attacked in racist terms, or if our female boss is subject to sexist attacks, however much we oppose them for attacking our jobs and living standards.

We cannot hope to create a united workers’ movement if we don’t challenge the racism, sexism, homophobia and transphobia which divide us.

The reason some feminists and trans activists have attacked Caitlyn Jenner is because their ideological starting points are forms of identity theory, queer theory and intersectionality — anti-Marxist postmodern notions that what defines us is not our class position but our intersecting identities based on characteristics such as ethnicity, gender and so on.

They treat class as just another form of oppression in capitalist society and show little interest in the crucial role of class struggle.

Tragically they end up trapped in a liberal swamp of conflicting identities and hierarchical tangles of privileges which fragments the potential for united resistance based on solidarity and collective struggle.

It has led some of them in Caitlyn Jenner’s case to attack an oppressed person from a pseudo-radical position which in practice is both divisive and reactionary. 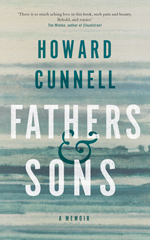