This article is over 11 years, 3 months old
Julie Sherry argues that the working class still has the power to change society.
By Julie Sherry
Downloading PDF. Please wait...
Tuesday 01 February 2011

When I was nine I asked my mum why the world was so unfair. It seemed to me that “the people in charge” were making mistakes. You can imagine my anxiety when she suggested the people in charge weren’t concerned with the things they ought to be, like public welfare.

However, her story filled me with hope, and it still does today. She told me that in the 1970s, when she was younger, she saw that it was workers who made society function. Describing life during those years, she told me she would see rubbish piled high on the streets because the refuse workers were on strike. The shop shelves in the town lay bare because the lorry drivers were on strike.

Without the tanker drivers, petrol stations closed. Undertakers, hospital workers, teachers, miners – it was clear that if these workers did not go to work society would grind dramatically to a halt.

When Margaret Thatcher was elected in 1979 it marked a turning point. She fought vociferously for her class, aiming to break the unions’ collective power and with it workers’ confidence. Thatcher’s legacy was a weakened trade union movement and historic defeats that have damaged workers’ confidence to fight. This is why we come across arguments in the press, at work and even on recent student protests that the trade union militancy seen in the 1970s belongs to a bygone age. The working class today, runs the argument, is made up of precarious workers in call centres and shops and it no longer has the power it once had.

This is a crucial argument. But is the shape of the working class now fundamentally different from the 1970s? Do workers still have power?

Firstly, the fact that large sections of the working class are not unionised is nothing new. Many workplaces in the 1970s were non-unionised and, significantly, many became organised only through struggle. The same thing can happen now. It is also true that in France, with its recent history of high class struggle, only around 8 percent of workers are unionised – the lowest rate in Europe. The key to workers’ power is their role in production, and workers’ relationship to the production process has not fundamentally changed.

There may be fewer jobs in manufacturing than in the 1970s, but industry does still exist and is often highly productive. Whether you work in a car factory, a call centre or a supermarket, the amount you are paid is less than the amount you generate for your employer through your labour. The work you do, whether it is on a production line or answering a phone in customer services, produces profits for them. This relationship of exploitation is the basis of capitalist society. This means that you and your fellow workers, collectively, have an immense power over the employer if you decide to withdraw that labour.

The work done by workers in service industries or in white collar jobs is critical to the profits of individual capitalists, like Tesco or the post office, or to the profitability of the system as a whole, like that performed by nurses or teachers.

But does the way production has been globalised across borders mean that if workers strike to demand improvements in pay or conditions, multinationals will just up sticks and move production to where labour is cheaper and more amenable? Bosses can and do close factories and move production abroad. But writing off often sizeable investments in plant and machinery isn’t done lightly. And the need to get a return on their investments can give workers real bargaining power.

Workers’ power can win far more than better pay. It can change society entirely. The collective role of workers at the heart of the production process means that workers can run society without the capitalists or their state machine.

So the central question to changing society is, how confident are workers to fight? At present workers’ confidence is in general still quite low. But ideas do not exist in a bubble. Events in the real world can transform people’s ideas and emotions in an instant. Confidence can grow through a mixture of seeing others fight, building networks of solidarity and, most importantly, through struggle itself.

When workers take action they discover their own power. Strikes, and mass strikes above all, are the bridge between the everyday struggles of workers against the bosses and the future revolutionary transformation of society. Events in Tunisia have once again given us a taste of that possibility.

D is for Dictatorship 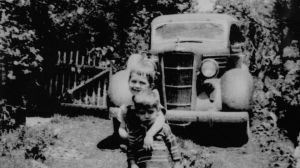