Interview: The Pen is Funnier Than the Sword

Can you tell us some of your personal and political history?

I was born at the end of the Second World War in the western industrial suburbs of Melbourne; I grew up in a working class family – my father worked in an abattoir – and I grew up with a left wing outlook. My father was a communist in the 1950s when the Communist Party was illegal in Australia. I also grew up surrounded by migrants – people who’d been through the Second World War and were traumatised refugees.

My school was 60 percent migrant European – Polish, Russian, German, English and Irish – who had come to Australia as a consequence of the war. My teachers were also mostly migrants. So I felt the strong flavour of the damage of war. At an early age I had no sense of what I would do in this world, how I would make a living. I was not a good scholar and I wasn’t good at school. I was more interested in what lay outside the classroom window.

So what made you want to start cartooning?

Actually at the very start of my cartooning life my humour was influenced by the Goons and Spike Milligan’s funny little comics and poems. So my cartooning started as absurd, funny, inventive little drawings, not really political but very much satirical. I would do things for tiny magazines, like little political journals and music magazines.

But it was the Vietnam War that emerged in a big way in my life because Australia agreed to be involved. Then the government started conscription and I was called up. But I didn’t believe in the war and I was very anti-militarist. So I decided to fight against the Vietnam War and I was even prepared to go to jail.

However they found out I was deaf in one ear so they didn’t want me anyway. It was then that I got committed to the anti-war movement. There was a lot of dirty work going on by the security services. The Australian Security Information Organisation was involved, spying and so on, and there were many anti-war demonstrations. I was very organisationally involved, although I was never a Communist Party member. I was secretary to the anti-conscription movement when it was first set up in Melbourne and I was involved in organising anti-war demonstrations. So this deepened my politics. At the time I was drawing for political journals on the basis of the anti Vietnam War cartoons, so this was where politics came into my cartoons.

So have you mainly got your inspiration for your cartooning from the things happening around you?

I think so. It was always what I could see that interested me rather than something that was abstract or something I read about. It was what I saw and experienced that was always important in my art. I had grown up not even knowing what an artist was; I had no art in my background. But I wanted to express something.

Then came the music revolution of the 1960s. With that came a lot of social consciousness, revolt and awareness, and a lot of people were expressing themselves. John Lennon was doing his own little drawings and poems and all this wonderful energy was coming out of England at the time. In Australia we picked up on that energy. There were some revolutionary qualities, social revolutionary qualities – some called it a renaissance.

How do you feel about the recent election victory of John Howard and the Liberal Party?

The election was obviously a huge sadness to me and made me despair. It marks a very serious change in the Australian spirit, and change for the worse. The direction that Australia seems to have turned bothers me deeply. I don’t identify with this country as the one I grew up in. On the other hand I feel happy about the response that has come from many people in Australia and I feel resolved to keep fighting. More than ever I don’t want to just turn away in despair.

I found that the work you did after the election result was much stronger politically than what you did before.

Yes, it was angry, but I wasn’t just expressing my angry feelings. I also listen as much as I can to others so I can express their feelings as well. I think the traditional role of the cartoonist or artist is to express what is otherwise repressed and kept down. I was feeling a great deal of anguish and distress from people around me about the cruelty of the Iraq war – all the brutality and immorality of it. To be calm in the face of this seems wrong, so I was angry.

It is horrible what is happening in Iraq and I am angry with many people in my own country for having endorsed this war. At the election they had the sword poised halfway into Iraq and after the result they said, ‘Alright, stick it in further.’ There is great sadism, cruelness and racism in this.

Out of all this despair, sorrow and cruelty do you think there is hope?

Definitely. My position in this community is a position where people can trust me with their opinions. There’s been a great silencing of people in the past couple of years but I think people’s views are beginning to emerge again. I think under all this rubble of our hopes something grows, and I think we are being woken up to just how serious these forces of conservatism, repression and greed are – they’re very organised and our agenda is much more complex. But I’ve noticed a lot of people now have become more stirred. Their spirit has been awoken.

I wondered why you’re not part of a political organisation yourself. Can you tell me why that is so?

Well, I’m not, because I feel that my role as an artist is as a free spirit, a loner who is nevertheless very supportive of many sorts of groups and positions. I don’t have a particular vision of the way society should be, not at a highly evolved articulate level, but I certainly hope that society can eventually recognise, reclaim and integrate its natural socialist tendency as a vibrant, enjoyable and creative way of living. 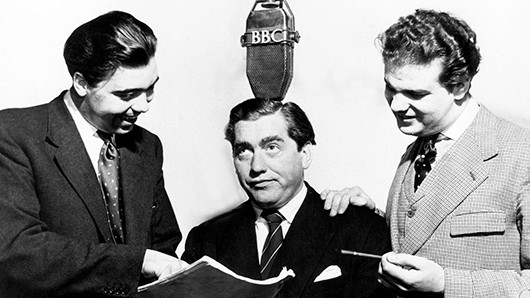