This article is over 10 years, 10 months old
Richard Hamilton, who died last month, was one of the most important British artists of the 20th century. His work could be deeply subversive, was of great influence and was instrumental in changing both how we view and make art. He helped to revolutionise and democratise art in this country.
By Jeff Jackson
Downloading PDF. Please wait...
Saturday 01 October 2011

His work essentially covers the period of the post Second World War boom to the living nightmare of today’s neoliberal global economy.

As an integral part of the group of writers and artists based around the then newly formed Institute of Contemporary Art and the short-lived, but nonetheless influential, Independent Group he participated in a number of path-breaking exhibitions in the 1950s including This Is Tomorrow, which featured his now iconic collage “Just what is it that makes today’s homes so different, so appealing?” He is rightly considered one of the founders of “Pop Art”.

When he travelled to the US in the 1960s he met Marcel Duchamp, whose work had become pivotal to his own development. He is almost single-handedly responsible for reintroducing Duchamp’s work to a new generation in this country.

However, Hamilton was too intellectually rigorous and politically engaged to stay in the mindset of the hope and ironic playfulness that characterise his work of this period. As early as 1964 we begin to see the emergence of his subversive edge with his denunciation of the former Labour Party leader in his “Portrait of Hugh Gaitskill as a Famous Monster of Filmland”, for what Hamilton saw, quite rightly, as his capitulation to the pro-nuclear lobby.

Throughout his life he produced a number of deeply subversive, overtly political and humane works – and at times when it was highly unfashionable to do so. Perhaps none more so than his 1983 work entitled “The citizen”, which stands as a crushing rebuttal of the British state’s attempt to demonise the Irish Republican hunger strikers.

Yet, however significant and powerful these works are in themselves, it is not these alone that make Hamilton important. It is the combination of his constant engagement with new media and its influence and impact on art and society, the key role he played in modernising British art schools and the instrumental role he played in shifting attention away from a moribund national tradition to an engagement with the energies in US popular culture that mark him as audacious and revolutionary.

In 1934 Paul Valéry wrote, “We must expect great innovations to transform the entire technique of the arts, thereby affecting artistic invention itself, and perhaps even bring about an amazing change in our very notion of art.” I suspect Hamilton took this on board and it became his leitmotif. 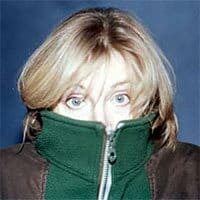