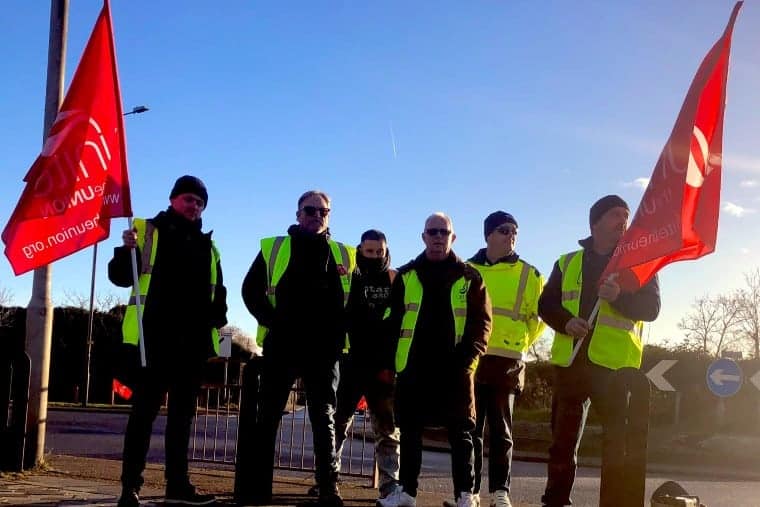 Around 30 Unite union members—who unload Volkswagen vehicles from transport ships—struck for three days last month and had further action planned this month and in March. Bosses wanted to force through changes to overtime pay through fire and rehire—sacking the workforce, then employing it on worse contracts.

The withdrawal of fire and rehire shows that strikes have an impact. But bosses still want to axe jobs. Talks between Unite and GB Terminals about the scale of job cuts are ongoing.

While some workers may want voluntary redundancy, the reduction in jobs will have an impact on those who stay.

The threat of the action escalating to striking five days a week led to the company dropping fire and rehire and the attacks on pay and conditions. Going through with the action could have piled on the pressure to force bosses to stop the job cuts too.

Huge vote for strikes over pay at Appledore Shipyard

Defiant action to save jobs